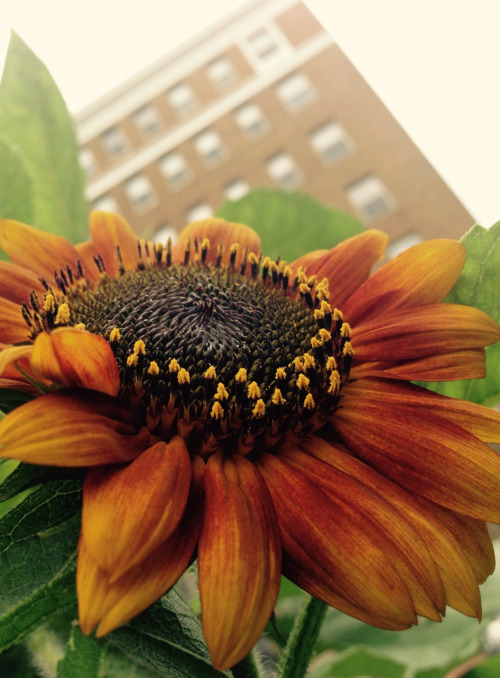 It was a strange day today at church where I work. Many intense events all happened at once. First a man with questionable sanity entered the chapel & began to scream. He was unresponsive so I called the police. While he continued to scream, another gentleman came in from the street asking for a belt from the church’s community clothing closet. This man looked unwell and thin, I’d say 100 lbs tops, and his pants were being held up by his hands.

The screaming guest meanwhile kept up his volume and the police had yet to arrive. Then other people entered the church asking for directions to the White House and another woman sought some food. My nerves were fluttering up a storm; a pastor came out to help ease the crowd.

Then the police arrived right as the precious frail man needing a belt got tears in his eyes because I couldn’t find a damn belt to fit him. My frustration was at a fever pitch, let alone my feelings of inadequacy to help this guy.

All of a sudden the screaming man, now surrounded by police officers, calmed down and walked over to us with what looked like vivid sense of purpose. He took off his belt and handed it to the other man in need. The belt fit well and I thanked God for bringing such sanity and kindness to the chaotic moment.

My brain is still swirling from everything. It was a humbling moment to see up close how hope & resourcefulness can extend from one stranger to another.

Even though the screaming man seemed to slip in and out of lucidity, in that moment something clicked, some inside awareness in himself which recognized the basic human need in a stranger.